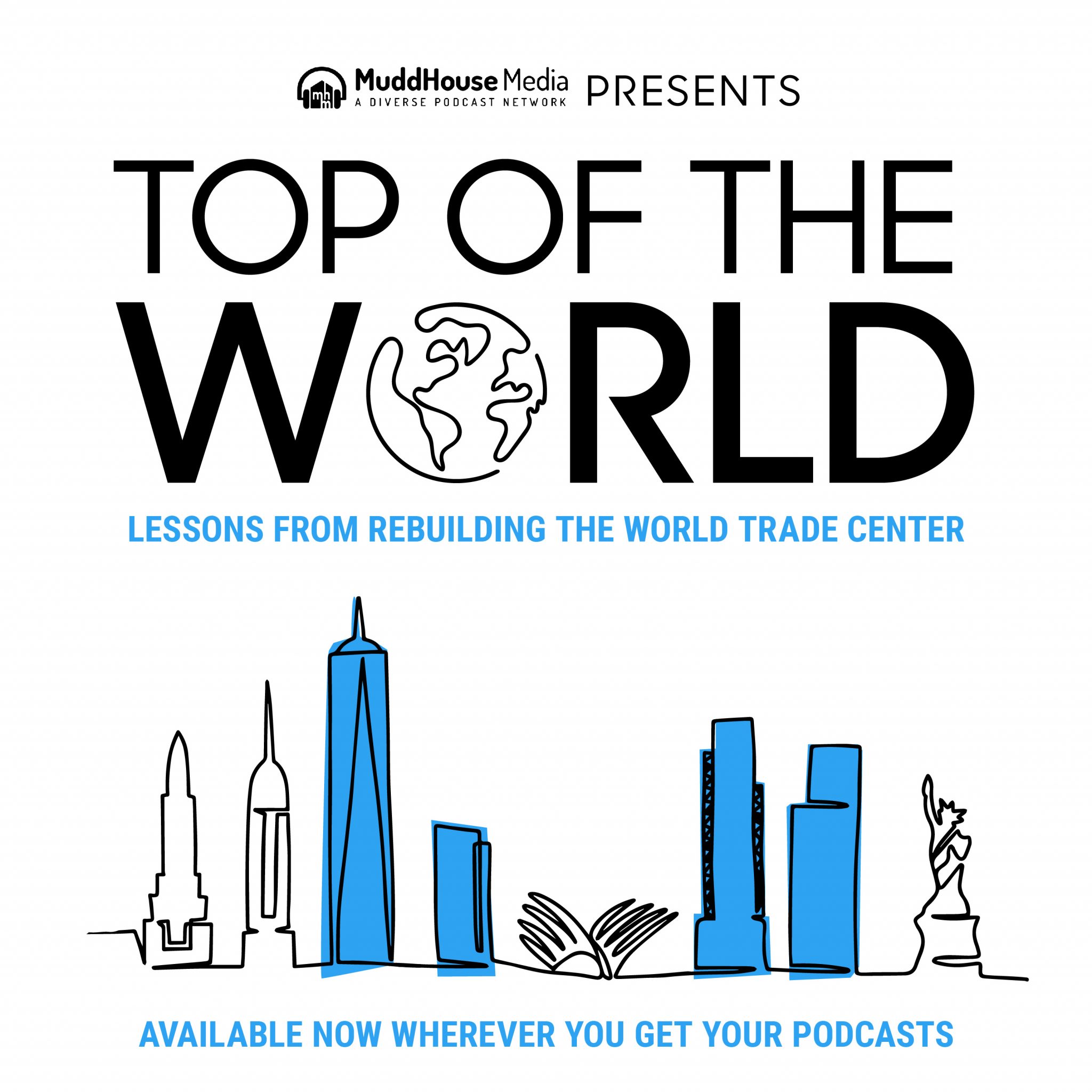 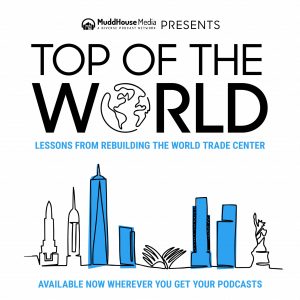 Listen to the full show now on Muddhouse Media.

Rebuilding the World Trade Center in New York City wasn't just a job for Silverstein Properties. It was a mission. One that involved the efforts of many people—from architects and engineers to local residents and artists.

As the 20th anniversary of 9/11 approached, Silverstein wanted to tell the historic rebuilding story in a way that had never been done before and to utilize a medium that would provide a fresh take on the incredible story–podcasting.

MuddHouse Media teamed up with Silverstein to produce and launch an 11-part audio documentary series that chronicled the 20-year story of resilience and gave a spotlight to many of those involved in the revitalization of Lower Manhattan. “Top of the World, Lessons From Rebuilding the World Trade Center” features developer Larry Silverstein, Mayor Michael Bloomberg, architects and engineers who designed and built the iconic World Trade Center campus, and many other voices who contributed to the rebuilding effort.

The MuddHouse team worked onsite at the World Trade Center over the course of several months, capturing the stories in person during the COVID-19 pandemic. While producing and editing the series, ensuring a Hollywood-quality output, MuddHouse facilitated a strategic

partnership with SiriusXM, who picked up the series during the summer of 2021 on SiriusXM Business Radio. The series was pushed to more than 150 million listeners during the summer, elevating the rebuilding story globally as the 20th anniversary of 9/11 approached. The series and its host, Dara McQuillan, were featured in the national press throughout the summer.

The podcast was critically acclaimed both locally and nationally, and it helped a new generation of people listen to the story of what happened on 9/11 and the resiliency of New York to bounce back and create a new World Trade Center better than before.