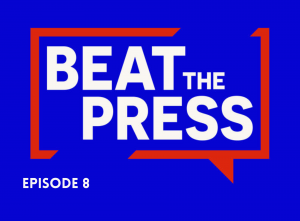 Listen to Episode 8 of Beat the Press Now

Great Replacement Theory — What is it, and do believers care about the facts?

Following the Buffalo, N.Y. shooting, the Beat the Press panelists discuss Fox News and Tucker Carlson’s mainstreaming of “Great Replacement Theory” while also pointing out the broader implications that come with it.

Emily: “It is easy to look at Tucker Carlson because he is mainstream media. He’s got a platform that millions watch. But it’s the underground element of this, that the connections through things like 4chan, 8chan, Discord—whatever these things are—memes, jokes, and it’s all about feeling threatened. So it’s not even a bigger thing; it’s nothing they can point to specifically. So how can we, the media, tap into something like that and stop somebody like the Buffalo shooter? My guess is he doesn’t watch Tucker Carlson; he doesn’t even know who he is.”

Dan: “What Tucker Carlson’s role is in this, and by the way, it was interesting that he said, ‘I don’t know what replacement theory is,’ and then he went on to describe it perfectly. His role in this is the mainstreaming of it. This is actually becoming a fairly prominent thread in Republican discourse... We have this continuum of the really dark, crazy stuff that you can find if you go looking for it, up to what actually has become a mainstream show like Tucker Carlson, up to Republican politics.”

Mike: “I think Tucker Carlson himself said that this 18-year-old was mentally ill. I agree with him. I also believe that without Tucker Carlson and the environment that he has helped to mainstream, this might not have happened. There are plenty of mentally ill people teetering on the fence of acting out. Tucker Carlson, and his ilk, help to push them over, in my belief.”

Susie: “The audience that’s watching Tucker Carlson is mostly older Americans in the middle of the country. But what is really important is that politicians watch his show, right? We know there’s this pipeline of these ideas that are considered fringe that the Fox News hosts bring into the mainstream and then give GOP politicians the green light to be able to embrace in a way that they may not feel comfortable doing if they didn’t see those ideas mainstreamed.”

The Blame Game: Who leaked the Supreme Court’s Roe v Wade decision and why?

Following the leaking of a potential Supreme Court decision to overturn the Roe versus Wade decision, the Beat the Press panelists discuss the situation and wonder what matters more: discovering who leaked it or covering the consequences of this decision.

Emily: “Isn’t the bigger issue the leak itself? It seems like we’ve gotten into this whole discussion about the ‘whodunit,’ which, once again, I have to say, it can’t be that hard to figure out who did it.” 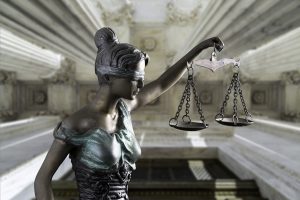 Dan: “I have to depart somewhat from some of my progressive friends who are blasting the media for focusing on the leak because the Republicans want the focus to be on the leak. So, therefore, ‘Oh, you’re playing into Republican hands.’ No, I think who leaked it is very important, and I also think it’s important to know what the political motivations were.”

Mike: “I also think we could be overthinking this — why it was leaked and who leaked it. It could have just been a clerk with ego who did it in a fit of anger. But again, to me, it doesn’t matter in the final analysis who leaked it. The horse is now out of the barn, we’re dealing with the implications, and states are changing their laws, and that’s what we should be focusing on.”

Susie: “Obviously, this is the kind of story the media loves, right? They love a whodunit and a palace intrigue, and I think because this is unusual for the Supreme Court, people really want to focus on that. But I tend to be on the side that this doesn’t matter. If you’re a woman in Texas, and you’re trying to figure out if you can still get an abortion one state over... you don’t care who leaked this memo or this draft opinion. You just don’t care. What you care about is how this is going to impact your life and how soon and what it means, and that’s a story we’re not as interested in because it doesn’t feel appealing to our sense of a good story.”

Given the repeated use of the phrase “Trump-backed” in media coverage of the midterm elections, the Beat the Press panelists discuss the value of this kind of reporting.

Emily: “Other than Mehmet Oz, no one knows who any of these candidates are. It’s just that they are the ‘Trump-backed’ thing. I guess what I’m saying is the media is playing a role in that by reemphasizing and reinforcing this idea that the other guy, not the Democrat, is the Trump-endorsed candidate, thereby giving him or her this artificial boost. It’s a fact that the candidate is Trump-endorsed, but is that the most important thing? Apparently so.”

Dan: “There’s more to this. Trump-backed candidates are doing well in some places. They are losing in other places. Maybe that means that Trump’s influence isn’t really that important? I don’t know. And we’re also not necessarily learning everything we need to know about who some of these people are.”

Mike: “The Trump playbook is pretty well known and the kinds of things he stands for and the kinds of things the candidates he endorses stand for. Certainly, we would have to maybe dig a little deeper, and perhaps local media in those local elections [and] state elections are doing that. But again, I think he is a huge part of the calculus of this election cycle; he is the biggest part of it. And I don’t think we can ignore it.”

Susie: “Of course, it is still important to evaluate how much Trump is still a factor in the GOP because that is going to matter now, it’s going to matter in the midterms. But I do think this is an example of the flattening that happens in political coverage in this country that I just generally think is bad practice because it’s part of trying to turn everything into a horse race. If you don’t want to actually do the work of explaining the differences between these candidates, it’s just much easier to refer to them as the Trump-backed candidate.”

Emily: “Listen, I predict that term won’t fly with the public or the media. What exactly is the government trying to do here? On one point, they’re actually admitting what people have been saying all these years that there are unidentified flying objects... it’s almost like they’re going to create a greater conspiracy theory.” 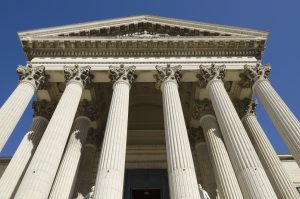 Dan: “Of course, it’s not going to catch on, and I think the government is fully aware that the public is going to continue to refer to these as ‘UFOs.’”

Susie: “I get there are some things serious here, and it needs to be looked at, and maybe they can do a short, closed-door session. But doesn’t this feel like something they want to do because it’s more fun than addressing all of the myriads of problems they could actually be trying to sort out in this country?”