On this episode of Beat the Press, former NECN anchor Mike Nikitas fills in for Emily Rooney to discuss the ongoing changes at CNN, the murder of Las Vegas investigative reporter Jeff German, the media coverage of the death of Queen Elizabeth II, and how a hot mic at the ESPN Little League World Series shows how far distrust of the media has gone. Joining Mike on this episode are media consultant Susie Banikarim, Joanna Weiss of Experience Magazine, and Dan Kennedy of Northeastern University. 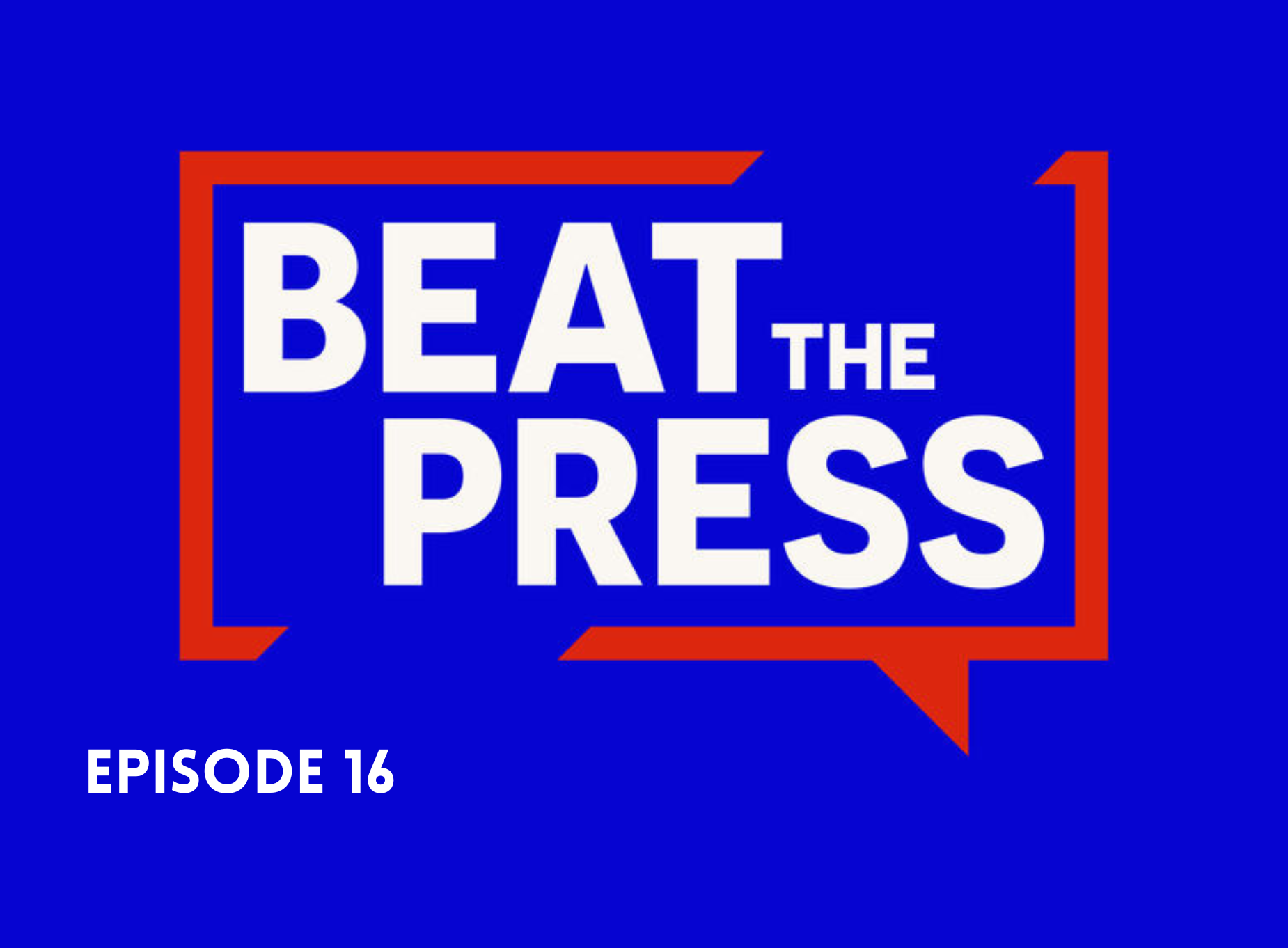 Listen to Episode 16 of Beat the Press Now

Change after change at CNN — where is the network heading now?

The changes that Chris Licht promised months ago have started to come to fruition in recent weeks, starting with the cancellation of Brian Stelter’s media watch show Reliable Sources in August. Just a few weeks after this cancellation — which also included Stelter departing the network — longtime CNN reporter John Harwood announced on Twitter that he was leaving the network. In his last stand-up, Harwood referred to former President Trump as a “dishonest demagogue.” These moves come as CNN’s new ownership, Warner Bros. Discovery, pushes for the network to return to the middle.

In this segment, the Beat the Press panelists discuss these ongoing changes to try and figure out where CNN may be headed next.

Susie: “Chris Licht came to this job, you know, his biggest job to date had been running the Colbert Report, which is, let's say, 150-200 people tops. Now he runs a news organization of four thousand people — an international news organization of four thousand other people. That's a huge learning curve. The thing that's getting the most notice is the editorial piece, but just in general he must be swimming in the number of things he needs to grasp and understand.”

Dan: “You know, if you want less talk and more news, you don't do it by axing a Sunday morning show which is all about talk. And the idea that CNN would walk away from media coverage by canceling their longest running show, something that was hosted by Bernard Kalb, by Howard Kurtz, and then by Brian Stelter, that just makes no sense whatsoever. The media are a major institution that deserves coverage and scrutiny.”

Joanna: “I think Brian Stelter was a victim of something that CNN is struggling with, and that's something that, frankly, a lot of mainstream media outlets are struggling with at this moment, which is that during the Trump era, all of these outlets could not figure out exactly how to cover someone who was so outside the norms of expected political behavior. He really did say things that were blatantly untrue.”

An investigative reporter is murdered — what does this mean for the safety of journalists?

A Las Vegas investigative reporter named Jeff German was murdered at the beginning of the month, and local authorities have charged a public administrator by the name of Robert Telles with the killing. Telles was the subject of an article that German was working on the week he was murdered, according to German’s paper, the Las Vegas Review-Journal.

In this segment, the Beat the Press panelists discuss German’s murder and what it means for the future of journalists, considering threats against the media have increased in recent years.

Mike: “I think you can, you know, dismiss this murder by saying, well, ‘It's Las Vegas and Las Vegas is Las Vegas, or it's due to very specific circumstances.’ But you can also say this is a chilling re-escalation of the backlash against journalists in this country, because this is specifically retribution, allegedly for his reporting.”

Susie: “I just want to take a moment to really celebrate the work of Jeff German. I mean, this is a guy who's doing the kind of local reporting the communities really need. And you know, we talk a lot about local journalism being endangered, usually we mean from budget cuts and from layoffs, not, you know, physical danger. And so to see someone like this who is still doing this really important investigative public accountability work, when so few newspapers are still investing in that kind of work, and to see it come to a tragic end like this feels like a real gut punch and I think it's a real loss.”

Dan: “I would caution against thinking that this is something that's growing out at the present moment. I mean, journalists have been attacked throughout history. Famously, Ida B. Wells was unable to go back to her newspaper in Memphis after a mob destroyed her paper there because she dared to speak out against racism and lynching in that area. Investigative reporters and editors grew out of the murder of Don Bolles, who covered organized crime for the Arizona Republic… We've seen TV reporting teams shot down on live Internet video, and then, of course, there was the Capital Gazette killings a few years ago. Journalism can be a dangerous field at times … But fundamentally I think that we always need to keep in mind that there are some reporters who put their lives on the line and occasionally they pay for it.”

Joanna: “I think, sadly, it's a piece of what we were just talking about, this phenomenon of outside the norm's rhetoric that has become very common over the last four or five years, where the press is the enemy, where people are out to get you. I mean, not to bring Trump into everything, but at those Trump rallies they would point to the media and say ‘those people are the enemy, they're the enemy of the people.’ So… again this politician was democratic, so this isn't a completely partisan problem, but I think it is a problem of creating a mistrust against anyone in the media, not respecting the watchdog role — the constitutional watchdog role of the media — and instead imagining individual vendetta's.”

Queen Elizabeth II dies at 96, and the U.S. media dropped everything to cover the story — what stood out about the coverage?

After 70 years on the British throne, Queen Elizabeth II died on Sept. 8 at Balmoral Castle, the royal family’s Scottish estate, and news outlets all across the U.S. began covering the story. In this segment, the Beat the Press panelists discuss the media coverage and the future of the monarchy.

Mike: “Here's another lead… The Republican trend is moving in only one direction. It's just a matter of when. For example, Barbados became a republic, Jamaica soon. I talked to my daughter who is a longtime citizen of Australia with two grandchildren, and they are ready to move on and become a Republic and get the queen off their money and a lot of other things as well.”

Susie: “I mean the coverage has been, as expected, extremely laudatory. We in this country, but [also] all over the world, there's this tendency when someone dies to brush over the more complicated parts of their history and just do this outpouring of positive reporting. But one thing that's been interesting for me to watch is there's been a real controversy about that on Twitter from people of color who have rightfully pointed out that, you know, she oversaw this monarchy that has a really complicated history of colonialism. For a lot of people of color, she wasn’t this beloved monarch, but someone who represented a certain oppression for them.”

Dan: “More broadly, I guess I would agree with Susie that some of the more skeptical reporting that ought to be done about the monarchy has really not made its way onto television. But I've seen a fair amount of it in the New York Times, which is pretty much where I've been getting most of my news about this, and you do really see a sense that maybe the monarchy is just never going to be the same again after Elizabeth moves on. I think a lot of people have just been holding their breath and now that she's departed from the scene and Charles is the king, people can ask some tough questions about, you know, why do we have this institution?”

Joanna: “It is a fascinating story and I think, yes, there will be an initial respect for the deceased and an initial bow to all of that pageantry, and then will come the reckoning and it's going to be fascinating to watch. And as an American we've been dealing with that with our own history. I went a year ago or so to Monticello, which was fascinating, and what they are doing at that institution, you know, you tour [Thomas Jefferson’s] house, you honor his contributions. But then there's a whole new exhibit about slavery at Monticello, about Sally Hemings, and the idea is, if you're going to experience this, you're going to hear the entire story, and I suspect that over time that's what's going to happen with the monarchy as well.”

A hot mic captures one little leaguer’s claim that ESPN was rigging the Little League World Series — a moment of frustration, or a sign that distrust of media has extended more than we thought?

During the popular Little League World Series in August, one moment caught social media by storm when a player from Iowa was caught on a hot mic saying that a walk was granted to the opposing team from Washington because ESPN said so. The coach calmed the kids down, and Iowa did go on to win the game, but this moment reveals how media distrust and conspiratorial thinking has made its way all the way down to the Little League World Series.

Mike: “I don't want to make too much out of this, but it seemed to me a tiny example of just how much distrust of media has trickled down these days.”

Susie: “I mean, look, I am not a big sports fan, but who among us has not been watching a game and … has not thought to themselves, ‘Oh, they're going to have this go another round because it'll be good for ESPN to have more content?’ Like it's just like a normal human thought to have these conspiracy theories and it's just so funny to see a little kid caught on a hot mic saying that.”

Dan: “I'm gonna express a possibly unpopular opinion and say that little league games shouldn't be on television. I don't think it contributes to the psychological health of these kids to be lauded over as if they were eighteen, nineteen, twenty year old athletes at the age of eleven and twelve.”

Joanna: “Well, as a little league parent, I was just the other day at Babe Ruth Baseball Tryout, so I have more thoughts than anyone probably should about this. First of all, I will say there are bad calls. Some of these kids have small strike zones. It’s a difficult job being an ump in one of these games.”