Patrick McEnroe went to the US Open! Listen to Holding Court now 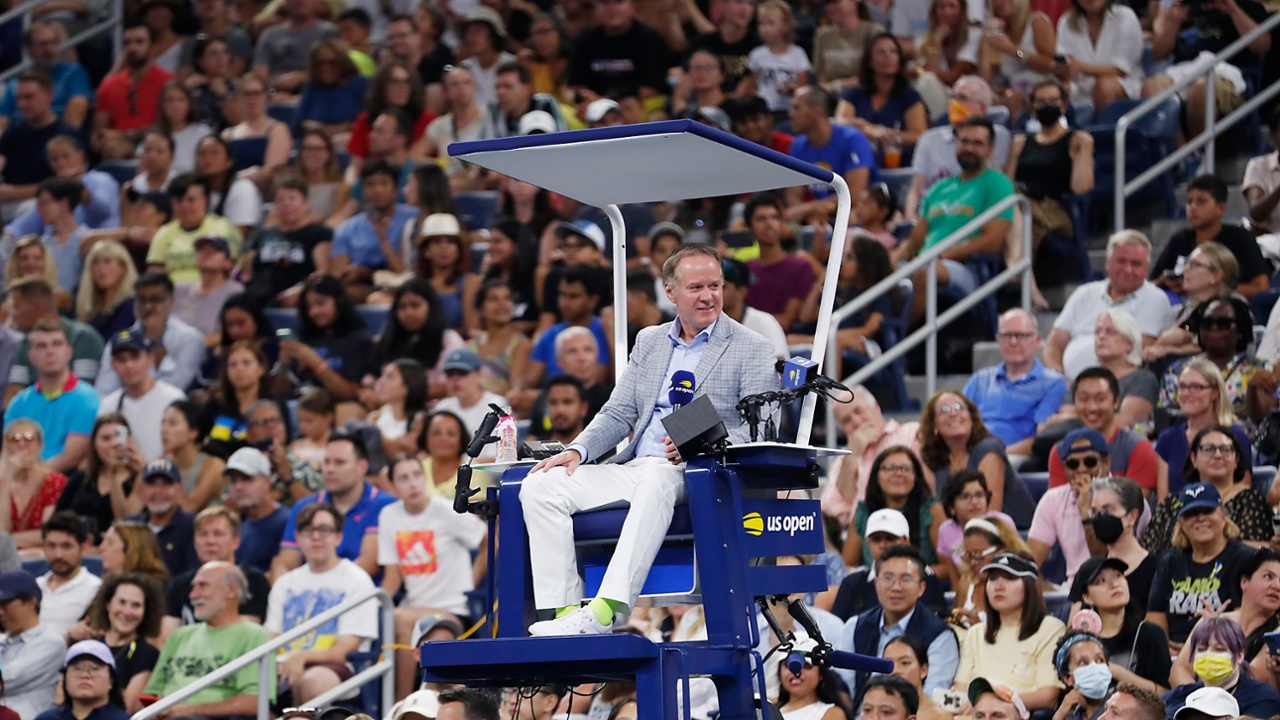 The 2022 US Open wrapped up this week, and our own Holding Court host Patrick McEnroe was on the scene covering the event for ESPN.

Early on in the tournament, McEnroe was involved in an exhibition match that was played in support of Tennis Plays for Peace, an initiative looking to bring the tennis community together to support the humanitarian relief efforts for the ongoing war in Ukraine. McEnroe took over the umpire chair as tennis legend Rafael Nadal gave a tennis lesson to staff members from Veselka, a popular Ukrainian restaurant in Manhattan.

During a stand-up hit for ESPN, McEnroe also addressed the status of Serena Williams, who announced in an article for Vogue in early August that she’d be retiring after the US Open. McEnroe noted the “celebration of Serena” that was going to take place and applauded the tennis star for her longevity in the sport.

After McEnroe previewed Williams’ position in this year’s tournament, she went on to upset the second-seeded Anett Kontaveit to move into the third round. Following the upset win, McEnroe told Newsmax that he thought Williams might have a shot at winning the entire tournament, but a loss to Ajla Tomljanovic ended her last run at a US Open championship.

McEnroe also spent some time talking with Frances Tiafoe, who was defeated by Carlos Alcaraz in a five-set match that went over four hours on Sept. 10.

Alcaraz, 19, went on to win the tournament, drawing praise from McEnroe.

“It’s remarkable to watch Alcaraz play this game, how he’s elevated the tempo of this game along with Sinner and Tiafoe and other young guys,” McEnroe said on ESPN, as documented by Rory Carroll of Reuters.

McEnroe is sure to be back behind the podcast microphone soon, so stay tuned for future episodes of Holding Court.